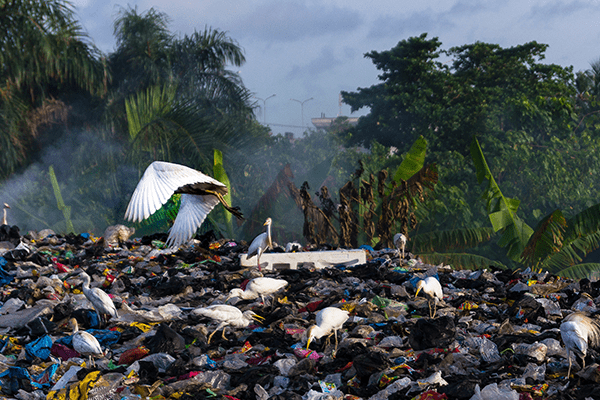 What happens when we don’t take responsibility for our lives? What are the consequences of this? This is my take on it;  I believe that we come onto this earth to learn lessons. Our lessons are the reverse of what we experience in life.

Now this may sound confusing but its actually very simple. It goes as follows;

Rather than striving for abundance and pushing or fighting against lack you need to look at your current beliefs around both lack and abundance. Perhaps you have enough but have a nagging fear of one day not having enough. This is causing you stress and creating a life based on fear of losing your precarious abundance. Or perhaps you do the complete opposite. Rejecting and rebelling against your birth-right wealth. In the end this is simply another well disguised expression of your attachment/obsession/fear around abundance. Simply put it’s another version of a belief in LACK.

No matter what disguise the belief is draped in, it could lead to living what many would call a ‘poorly life.’ By holding on so tightly to abundance you turn something which you could simply enjoy and accept as being in your life. into another of life’s struggles. You forget to enjoy and live your abundance, just as though you lived in material poverty. Once these beliefs (often a fear of not having enough) are addressed the abundance then flows without effort.

More importantly, in any area; abundance, love, lack, self-worth being only a few examples, there are consequences to these beliefs. What happens when I don’t learn the lesson?

When I don’t willingly learn the lesson I pass the belief on to the next generation! For example, if I have a grandfather that is angry and he chooses not to address this anger, he then passes it on to his son, and the son carries this anger around. If this son doesn’t address the anger, he, in turn, then passes it on to his son, the grandson. The grandson now carries his own anger, his father’s and the grandfather’s.

Some may say this is a lot of anger to carry around, but we all do it. We all carry all sorts of habits, customs, feelings and emotions from the generations gone before us. Just think of the things that we do because we are Irish or French  or Chinese. The way we deal with rejection or how we support our friends ‘cause Mum did it that way.’ Now think of the way we speak gruffly to certain people ‘cause Dad did’ and now think of the negative body image we have because ‘Mum was never comfortable in a swimsuit, or Mum’s Mum.

Now we’re getting close to the true depth and scope of the emotional arena of feelings. A place where our emotions and deepest beliefs are contained and housed. Feelings of lack, sorrow, hatred, love; These are all passed on from one generation to the next, as are our emotions, until properly dealt with head on. In turn, we colloquialise these feelings and emotions as ‘running in the family.’ Even calling them hereditary. These could be illnesses, beliefs, stigmas, ways of doing things, any strong trait which we understand as being passed from one generation to the next.

The magic however occurs when one member of the family address the issue. The link in the chain is then broken and the hold on subsequent generations is weakened. That one member of the family has made the ‘issue’ or ‘problem’ lighter for both those who have gone before them and those who come after them. Perhaps they have inherited their Mother’s tendency towards chocolate or their and their Father’s use of anger as a means of expression. You may ask; ‘What happens when we don’t address our issues?’ As much as one may wish, the responsibility of addressing the issue doesn’t disappear just because I choose not to face up to it or let it slide. Instead you simply pass it on. Yes you may no longer have to stare it in the face each day but someone must carry on the burden of it. Someone is always left to carry it on.

Let’s take another very simple example we are all most acquainted with; an unprecedented financial crash. We’ve all been through that one. Who took the responsibility for it? At the tops we had the banks lend out the money, they took little to no responsibility for their actions. We had the individuals and senior bondholders, who aided the over-lending and spending; again avoiding all responsibility where possible. We then had those who took out the largest loans doing their upmost to avoid taking any responsibility. Then it ended up in the laps of those at the bottom of the rung. The laps of those in small business or simple family home mortgage owners. By no one taking responsibility, the responsibility didn’t just disappear. It was merely passed on until someone decided to or was forced to deal with it head on.

THE LANGUAGE OF PAIN

This website uses cookies to improve your experience while you navigate through the website. Out of these, the cookies that are categorized as necessary are stored on your browser as they are essential for the working of basic functionalities of the website. We also use third-party cookies that help us analyze and understand how you use this website. These cookies will be stored in your browser only with your consent. You also have the option to opt-out of these cookies. But opting out of some of these cookies may affect your browsing experience.
Necessary Always Enabled

Any cookies that may not be particularly necessary for the website to function and is used specifically to collect user personal data via analytics, ads, other embedded contents are termed as non-necessary cookies. It is mandatory to procure user consent prior to running these cookies on your website.

I'm sorry that I can no longer meet clients in person. This is a temporary measure to help stop the spread of Covid-19. However, I can conduct appointments on-line: by phone, Skype, or WhatsApp.
This is uncharted water for all of us and we will take each day as it comes.

Please proceed to the services page and book as normal. All services are available with the exception of physical healing.